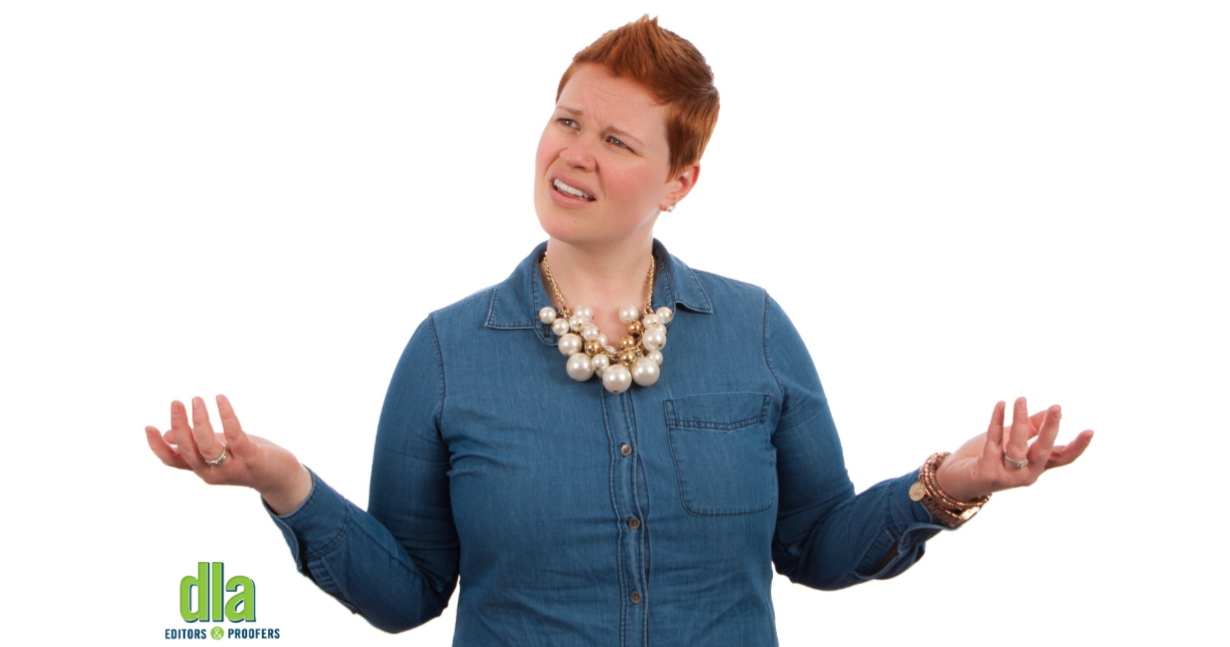 Writing a paper or drafting a dissertation? Raise your hand if you’ve ever felt personally victimized by the acronyms “i.e.” and “e.g.” Forgetting the difference between them is all too easy. Check out Grammar Girl’s trick, below, to be able to glide through your every encounter with them!

I.e. and e.g. are both abbreviations for Latin terms. I.e. stands for id est and means roughly "that is." E.g. stands for exempli gratia, which means “for example.” "Great. Latin," you're probably thinking. "How am I supposed to remember that?”

How to Remember the Difference Between I.e. and E.g.

But by now, I'm sure you know that I'm not going to ask you to remember Latin. I'm going to give you a memory trick. So here's how I remember the difference. Forget about i.e. standing for "that is" or whatever it really means in Latin. From now on, i.e., which starts with i, means “in other words,” and e.g., which starts with e, means “for example.” I = in other words. E= example.

A few listeners have also written in to say that they remember the difference between i.e .and e.g. by imagining that i.e. means “in essence,” and e.g. sounds like “egg sample,” and those are good memory tricks too.

So now that you have a few tricks for remembering what the abbreviations mean, let's think about how to use them in a sentence.

E.g. means “for example,” so you use it to introduce an example: I like card games, e.g., bridge and crazy eights. Because I used e.g., you know that I have provided a list of examples of card games that I like. It's not a finite list of all card games I like; it's just a few examples.

On the other hand, i.e. means “in other words,” so you use it to introduce a further clarification: I like to play cards, i.e., bridge and crazy eights. Because I used i.e., which introduces a clarification, you know that these are the only card games that I enjoy.

1. Squiggly loves watching old cartoons (e.g., DuckTales and Tugboat Mickey). The words following e.g. are examples, so you know that these are just some of the old cartoons that Squiggly enjoys.

An important point is that if I've failed, and you're still confused about when to use each abbreviation, you can always just write out the words "for example" or "in other words." There's no rule that says you have to use the abbreviations.

Also, I always put a comma after i.e. and e.g. I've noticed that my spell checker always freaks out and wants me to remove the comma, but five out of six style guides recommend the comma. Seriously. I got so engrossed in the question of whether a comma is required after i.e. and e.g. that I made a table for the website summarizing the opinions of six different style guides.

Nevertheless, even though I prefer the comma and have sources to back me up, they almost all use hedge words like “usually” and “preferred.” I've also been told that the commas are used less frequently in Britain, and the only style guide I found that advised against commas was Fowler's Modern English Usage, which has its roots in British English. The bottom line is that in American English, I recommend using a comma after i.e. and e.g. You could probably make an argument for leaving it out in some cases, but do so at your own risk. My personal rule is to use a comma every time.

I like fun examples, so here are some extras that didn't make it into the show.

1. Our pet, Squiggly (i.e., the snail we brought home after the lab experiments were finished), loves to curl up on his little patch of grass.